Lecture entitled "Efforts of the UAE in Child Protection"

The Department of Sociology and Social Work at the Faculty of Humanities and Sciences at the University of Science and Technology in Fujairah organized a lecture entitled "The UAE's Efforts in Child Protection" in cooperation with the Emirates Society for Child Protection, on Thursday, December 8th, 2022, which was presented by Ms. Moza Al-Shoumi, Deputy Director of the Emirates Society for Child Protection, and was organized by Dr. Asmaa Ahmed, Assistant Professor of Social Work. The meeting was attended by the Deanship of Student Affairs at the university, students of the Department of Sociology and Social Work, and staff members of the department, where this lecture aimed to help students of the Department of Sociology and Social Work to link the theoretical aspect with the field reality and to see the field experiences in the field of child protection in the UAE society, where students study specialized courses on family and childhood, which aims to introduce the student to the efforts of the UAE in child protection .Moza Al-Shoumi dealt with the concept of childhood recognized within the International Convention on the Rights of the Child, and also explained the difference between right, need and demand for children. It also reviewed the rights of the child through the concept of children's rights, which emphasize his right to life, food, education, health, protection, preservation of his privacy, his right to play and stay with his family, and stressed the great efforts made by the State in protecting children from various forms of abuse, exploitation, abuse, and from any physical and psychological violence.

Moza Al Shoumi also presented the Child Rights Law in the UAE, known as the "Wadeema Law", which was approved by the State in 2010 under the name of the child "Wadeema", as the articles of this law contributed to protecting children and ensuring their basic rights to a decent life.

She stressed that Wadeema's law clarifies that the rights and protection of the child are the responsibility of the family, school and society… referring to a number of articles contained in Wadeema's law that talk about what threatens the child and his physical, psychological, moral or mental integrity and calls for his right to protection.

Al-Shoumi also pointed out that the UAE law has guaranteed the child full protection and care whatever the circumstances, as among the basic articles on which the custody of the child is based in the event of divorce or any kind of family disintegration is to oblige the custodian to meet a set of conditions that guarantee health, psychological, mental and criminal safety, in order to qualify him to obtain custody and care of the child.

Moza Al-Shoumi mentioned some of the parents' behaviors that violate the rights of the child without them feeling them, including destructive criticism and focusing on mistakes, cruelty and violence in dealing with him, continuous preoccupation with him, not giving him enough time to talk to him, mocking him, and the seriousness of the impact on the child's psyche.

Al-Shoumi also stressed that the neglect of the child, whether by parents or those covered by his care, and the lack of family communication with him constantly, and leaving him alone and the absence of family control about him results in the child being exposed to any behaviors that may make them vulnerable, including the risk of sexual abuse, and stressed not to give confidence and reassurance to anyone, regardless of the degree of his kinship, to be with children alone, or to put children in situations that may expose them to falling victims of any physical assaults.

After that, the discussion was opened, where the students of the Department of Sociology and Social Work presented some questions related to the role of institutions in raising awareness of children's rights, and proactive efforts to protect children from any future risks, as Al-Shoumi stressed that all state institutions strive to adopt the best plans and programs that meet the present and future needs of the child, and stressed that it is one of the most prominent of these efforts is activating the networking strategy between the various institutions such as the Ministry of Interior, the Ministry of Community Development, the Ministry of Education, and all parties concerned with family and child affairs at the state level.

Finally, Al-Shoumi concluded her meeting by emphasizing the role of the family in child care, and stressed that everyone is responsible for spreading the culture of awareness of children's rights in society for a better future for our children, and a safe and stable society, and at the end of the meeting, His Excellency Prof. Dr. Ali Abu Al-Nour, President of the University, presented the university's shield to Professor Moza Al-Shoumi in appreciation of her efforts. 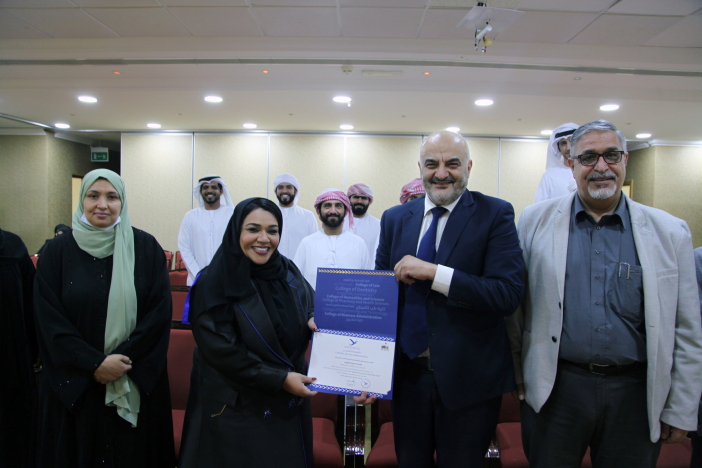 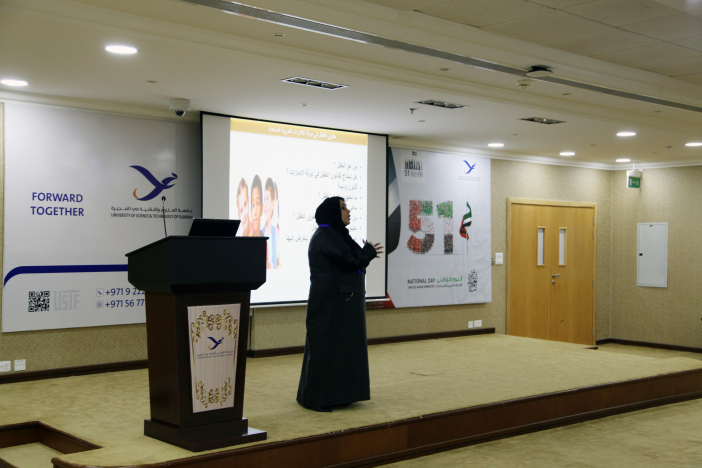 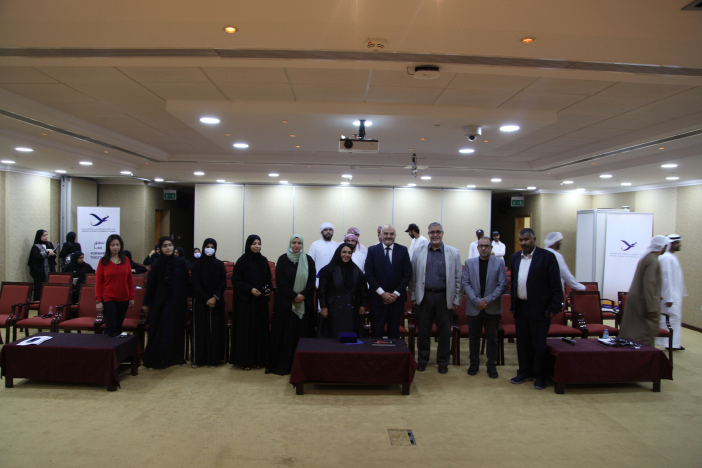 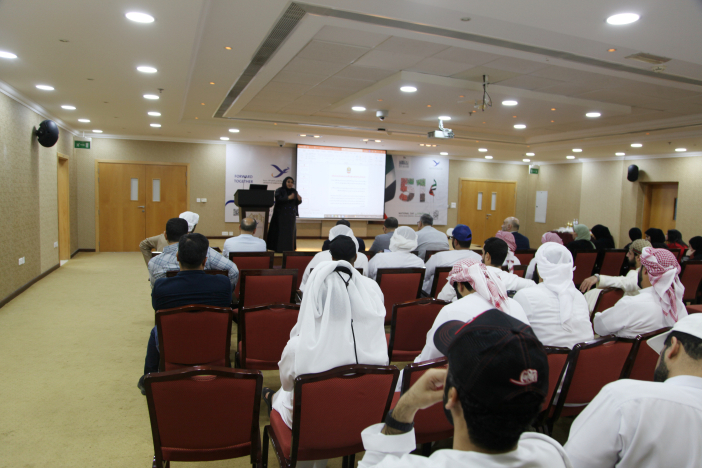 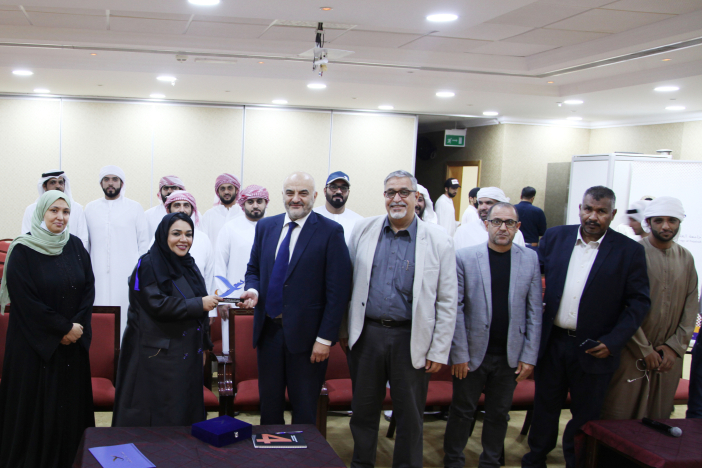